I would like to point you to a fantastic website for those interested in rhetoric.  It is the site Silva Rhetoricae (Forest of Rhetoric) administered by Gideon Burton out of BYU. 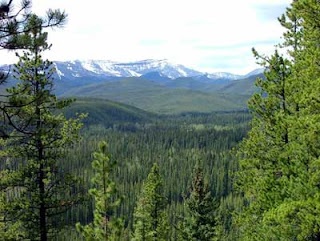 The site is designed around the metaphor of a forest.  Burton wants to highlight both the macro and the micro of the rhetorical discipline.  On the left hand side is a column named "trees" in which he has links to his pages on the big categories in rhetoric.  Included are such headings as the "branches of oratory" the persuasive appeals in oratory, a timeline of rhetoric, rhetorical pedagogy.  Clicking on a link brings up the related article in the center column of the site.  On the right hand side Burton has a column with the title "flowers." Here he looks at the micro of the rhetorical world with a list of links to the rhetorical figures of speech in alphabetical order.

Burtons articles are concise and well written.  The only lack of the site is that sometimes an article is missing citations of the ancient sources.  This is frustrating for me as I often use his site to find specific locations of rhetorical terms in the ancient literature and sometimes he has the citation and sometimes he does not.

Overall, this is a great site for easy navigation of the rhetorical discipline.
Posted by Keith Reich at 11:19 AM