Gap Theory and the Ending of Mark

In 2007, my Baylor colleague, Dr. Kathy Maxwell defended her dissertation in which she explored literary gap theory.  That theory, in essence, claims that authors deliberately leave information out of a composition in order to let the audience "fill in the gaps."  The purpose is to bring the audience in and make them participants in the story, speech, etc.

Consider the following quotation from Theophrastus, one of Aristotle's disciple and an early rhetorician.

"Not all possible points should be punctiliously and tediously elaborated, but some should be left to the comprehension and inference of the hearer, who, when he perceives what you have left unsaid becomes not only your hearer but your witness, and a very friendly witness too.  For he thinks himself intelligent because you have afforded him the means to show his intelligence." (Eloc. 222).

Could not this gap theory bolster the opinion of many scholars that the confusing ending of Mark at 16:8 was a deliberate decision.  The ending of Mark, with the terrified women fleeing from the empty tomb and saying nothing to anyone has confounded biblical scholars for 2000 years.  Many have proposed that the ending was lost or that Mark died before he was able to finish his gospel.  It seems incomprehensible that Mark would end the gospel as he did and not in a "more proper" manner as did Matthew and Luke.  But, I think it is very possible, and even more powerful, if Mark left the ending open in order to encourage audience participation, to draw the audience into the narrative and puzzle out the meaning for themselves. 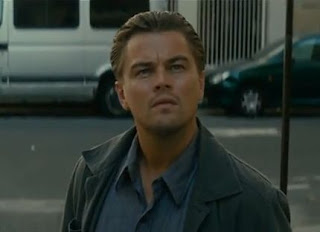 Modern stories use the same rhetorical tactics. [[Spoiler Alert]]  Just two quick examples: the recent movie Inception has an open ending which caused the audience in my movie theater to gasp out loud, both times I saw it. 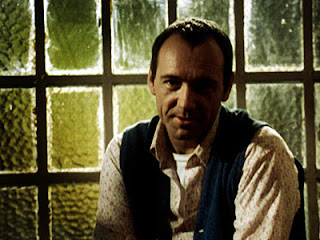 Take also The Usual Suspects.  That ending is actually remarkably similar to the ending of Mark.  After puzzling the whole movie about one question: Who is Keyser Söze?  The Super villain is finally revealed, only moments later to disappear, "and like that, he's gone!"  Both of these open endings, rather than pushing audiences away, draw them in to contemplate the story again and again.
Posted by Keith Reich at 8:59 AM